Forge a team to achieve high engagement and performance 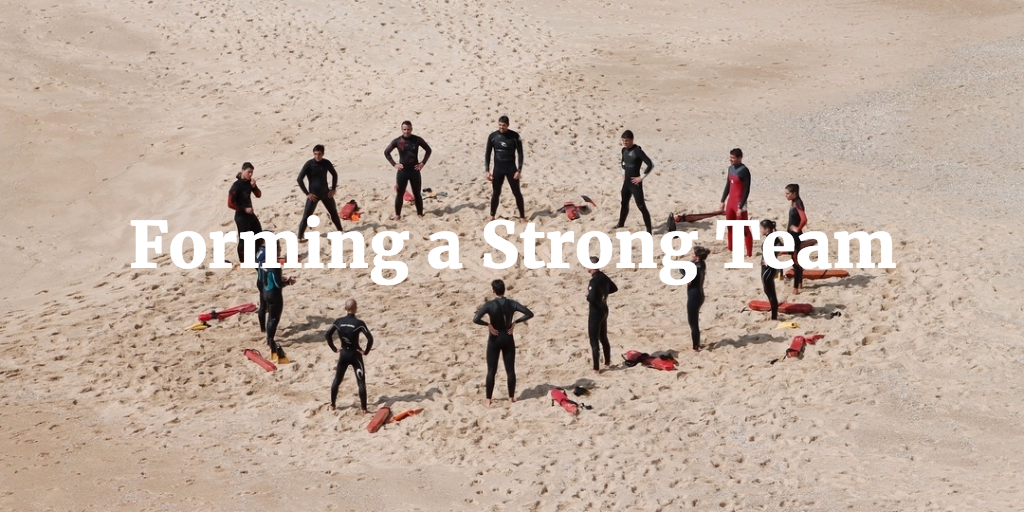 Teams are incredibly powerful.  A tight-knit team is not only able to be very productive, but also has a very positive effect on morale.  Often, people feel more engaged working with others they can trust and rely on; this is the essence of a team.  But how do teams form?  How can a leader “create” a team?

A team develops a synergy that produces performance together greater than the sum of their individual performance.

So what is the benefit of a team?  A team develops a synergy that produces performance together greater than the sum of their individual performance.  In addition, a team is able to withstand significant challenges and maintain a high level of function.  Working groups, on the other hand, often become less effective in the face of significant challenges, since individuals then focus on their own tasks rather than collaborating with others to achieve the goal.

Even if an individual “succeeds” in their tasks, if the group fails, everyone fails.

The way to do this is to gather a group of people together around a single, challenging purpose. Ensure that the goals of all of the team members are aligned with this purpose, and that team members realize that the team as a whole will either succeed or fail. Even if an individual “succeeds” in their tasks, if the group fails, everyone fails.  In addition, team members should have opportunity to work in close proximity to each other, without external distractions.

The point here is to create a cooperative, segregated environment where there is very little incentive to compete with each other; in fact, cooperation becomes a key incentive.

There are a few things to consider in this. First of all, as a leader, you are not part of the team. You are an outsider. You absolutely are critical to success, but it is by ensuring that the team has the resources it needs, and that blocking impediments to the team’s success are removed.

…it is imperative that disruptive individuals be dealt with as soon as possible.

Second, it is imperative that disruptive individuals be dealt with as soon as possible. Often, there may be an individual in the group who is not taking on their fair share of responsibility, or may be offending other team-members, or any other disruption. These situations need to be handled immediately, or the entire team may be affected, severely damaging engagement and morale.

In this way a group of individuals can be forged into a high-functioning team able to handle difficult problems, with high engagement and satisfaction.

No comments to show.